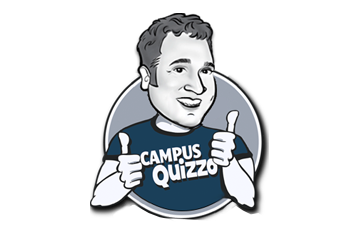 As the hardest working man in Central PA (between the hours of 8 PM and 10 PM, at least), let me first say “thank you!” Thank you to everyone that plays my brand of Quizzo every week. Without you, I would have to get a REAL job like a REAL adult and take on some REAL responsibilities. Instead, I ask trivia questions at bars. And get paid for it. Can you believe this s**t? And it’s all thanks to you.

My love of useless knowledge really took off in college when my friends and I would get drunk and play Trivial Pursuit. Or maybe it was Scrabble. Like I said, I was drunk. After college I moved to the City of Brotherly Love to pursue a career in sports broadcasting, landing a job with Comcast SportsNet. I only lasted few months, wasting away in the tape room logging Phillies games from the mid-90s. If you remember those Phillies teams from the mid-90s, you’ll understand why I didn’t last long. After a short stint as a professional black jack player (and by “professional,” I mean I lost real money), I was accepted into the Philadelphia Police Academy, where, unlike high school, I graduated in the top ten of my class. I patrolled the streets of West Philadelphia in the 19th District for three years. I was a combination of Robocop and that dude Archie Bunker played in ‘In the Heat of the Night.’

In 2005, I moved back to Williamsport, where I landed a job tending bar at the Bullfrog Brewery, where I would work while going to Penn State to become a teacher. Realizing after one semester that I only really wanted to be a teacher so I could have the summers off, I decided shaping the future leaders of our country probably wasn’t for me … something needed to change … so I approached the Bullfrog’s ownership about hosting a weekly trivia night and as they say, the rest is history.

In addition to hosting Quizzo at several bars each week, I am also a proud (most of the time) father of two boys and the EXTREMELY lucky husband of Katie Mackey, who without, none of this would have ever been possible! Cheers!